The Hand of the Lord 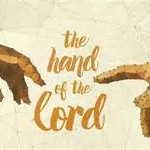 In the fall of 2002, the terror of the Beltway snipers was front and center on the national news and for good reason. We witnessed during those three weeks the impact of what two men, John Allen Muhammed and Lee Boyd Malvo, could do traveling the beltway of our nation’s capital and assassinating innocent people from the trunk of their vehicle.

One thought that gripped me during their rampage was, “What would keep multiple assaults of this nature from occurring in every major city in the United States at the same time?” With the unfolding drama of global terrorism, that is a fair question, and one that has tremendous impact on the way we live. Ultimately, whom do we trust and depend upon for our well being?

Yes, we should be grateful every day for law enforcement who enter into the war zones as it were and serve as instruments of God to provide order and help (Romans 13:1-7). But even the best police force or military can’t protect from every danger.

The Psalmist addressed in an economy of words the futility of trying to manage what only God can ultimately handle, “Unless the LORD watches over the city, the watchman stays awake in vain.” (Psalm 127:2) The application of this verse includes every sphere of life from one’s home or neighborhood to the nations of this world.

Mercifully, the Beltway duo were apprehended and life began to settle down. Now the whole affair has been filed in the collective memory of a nation that has moved forward to face many other tragedies since. However, an important take away needs to be received as we process the disturbing events of this world. Jesus Christ taught that everyone of them is a call for each of us to repent. (Luke 13:1-5) I’m calling for an awareness that every day we need the hand of the Lord to be over our lives.

I deliberately use the anthropomorphism, “The hand of the Lord,” because of the rich usage of this phrase by the biblical writers. An anthropomorphism is the use of language that gives to God human attributes for our aid in grasping who He is and how he interacts with His creation.

“Surely the biblical writers did not think it was inappropriate under some circumstances to speak of God in human forms and ways, that is, to speak as if God has eyes and ears and arms and hands. We must allow the scriptural revelation to stipulate what anthropomorphism is appropriate to the knowledge of God and what is inappropriate.”

Moses proclaimed to Israel following their deliverance from Egypt, “And it shall be to you as a sign on your hand and as a memorial between your eyes, that the law of the LORD may be in your mouth. For with a strong hand the LORD has brought you out of Egypt.” (Exodus 13:9)

When the Philistines were in possession of the Ark of the Covenant, they discovered how severe the hand of the Lord could be, “The hand of the LORD was heavy against the people…, and he terrified and afflicted them with tumors, both Ashdod and its territory. And when the men of Ashdod saw how things were, they said, ‘The ark of the God of Israel must not remain with us, for his hand is hard against us’…” (I Samuel 5:6,7)

Joshua called Israel to assemble stones of remembrance when they crossed the Jordan river into the promised land. This monument was to communicate to all the nations of the earth “that the hand of the LORD is mighty, (and) that you may fear the LORD your God forever.” (Joshua 4:24)

In Antioch, a band of believers was strengthened daily by God’s grace found in Christ Jesus. This congregation was courageous in their obedience, faithful in the use of their spiritual gifts, and fervent in seeking the Lord for direction and power.

What is very encouraging to me is how the Bible holds forth the comfort of the Lord’s hand upon His people as they walk by faith and in obedience to His Word. There is a blessed assurance for those in Christ Jesus when we  humble ourselves “under the might hand of God.” (I Peter 5:6) May we be found among that number! For some trust in chariots and some trust in horses, but may we be among those who trust in the promises of the Lord our God, and by so doing be assured that His hand is upon us.