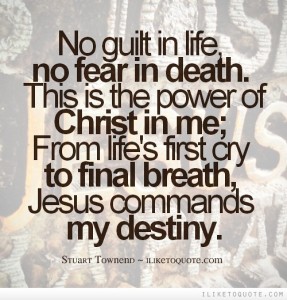 In the last couple of posts I have taken opportunity to address my FBCG family with some reflections on our recent Life Action Summit. This event in the life of our church will no doubt be an important marker in our journey as a Body. My focus in these short deposits has been to identify the battle we face with our flesh and with the strategies of the evil one. These posts are offered as pastoral reminders of the importance of pressing on in obedience in the Christian life, and especially in specific areas that have come to us in the recent Summit.  How often Jesus spoke in simple terms on our need to follow Him,  “Why do you call me ‘Lord, Lord,’ and not do what I tell you?” (Luke 6:46)

In this final post-Summit article, I want to focus on the issue of guilt and how that can hamstring faithfulness to Christ. When we face setbacks and challenges in our lives, we can harbor guilt as our struggles remind us of failures that drag stubbornly.   We don’t even meet our own expectations, let alone God’s.  In this recent season of refreshing, the struggle with sin in our lives can bring guilt and condemnation.  These struggles can breed a hopelessness which is a fiery missile from the evil one to derail us off mission.

For such evil strategies, when Satan seems to put his slimy boot on our throats, we find hope in the Gospel of Jesus Christ. In Romans 8, Paul begins this “Mount Everest” text with lifegiving hope for believers battling with guilt, “There is therefore now no condemnation for those who are in Christ Jesus.” (Romans 8:1). This promise should be employed by every believer as a “grace ambulance” when we battle the issues of heart and life.  With simple confession, and the grace Christ supplies, we are called to begin again.

The work of an unknown poet captures this truth well. The scene is an elementary classroom, and it is called, “Beginning Anew”: END_OF_DOCUMENT_TOKEN_TO_BE_REPLACED

Yes It Is! The Local Church is the Epicenter of God’s Kingdom Purposes in This World

When I was a freshman in high school, I had a football coach who was intense. Really intense. He had a mustache that resembled the look of a proverbial Viking which made him all the more intimidating. He was the kind of man who during his tour-of-duty in Vietnam spent his free time killing water buffalos with his 50 caliber machine gun.

In the strangest of contrasts, school administrators assigned him to teach driver’s education.  I will always remember how he greeted the class as he looked out at us on that first day, “Well,” he scoffed, “This isn’t the freshman class at Harvard.”

Paul was saying to the Corinthians, “Notice, your gathering is not made up of the ‘movers and shakers’ of the culture. Your curriculum vitae is not very impressive in the world’s eyes, but that’s okay. It’s okay because the church is not about you. The church is about showcasing God’s grace and glory through the redeeming grace of Jesus Christ.” END_OF_DOCUMENT_TOKEN_TO_BE_REPLACED 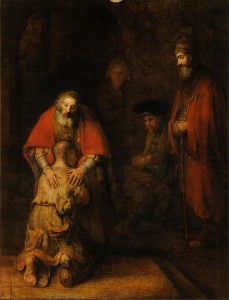 One of the memorable rock anthems of the 1970’s was from Kansas entitled, “Carry on My Wayward Son.” The song speaks eloquently of the pride, confusion, and lostness of a prodigal in search of truth and meaning. END_OF_DOCUMENT_TOKEN_TO_BE_REPLACED 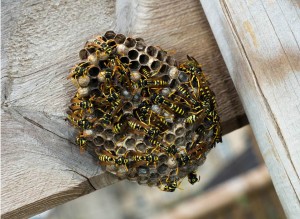 It is the last of these mentioned that comes to mind when I think of the importance of staying on task. Wasps abound in south Louisiana, and when my sons were younger, their curiosity and intrigue when they found a wasp nest was fun to watch.  A newly discovered wasp nest could shut down work for ten or fifteen minutes in order to see that the execution was carried out thoroughly. END_OF_DOCUMENT_TOKEN_TO_BE_REPLACED

Tenth Commandment- You Shall Not Covet 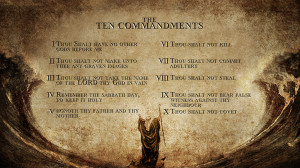 We end our journey through the Ten Commandments this week with a look at the last of these commands which forbids coveting. We might be tempted to dismiss coveting as a mild offense in light of the other commands which forbid murder, adultery, or stealing.  However, the tenth commandment addresses the desires of the heart as an important indicator of the direction of one’s life.

Interestingly, the Apostle Paul refers to this tenth commandment in his personal reference of how he came to understand the sinful dictates of his own heart.  Paul writes in Romans 7:7, “Yet if it had not been for the law, I would not have known sin. For I would not have known what it is to covet if the law had not said, ‘You shall not covet.’” He could have referenced any of Ten Commandments to describe his discovery of his sin nature, but he mentioned covetousness because it brought him to the wayward desires of his heart.

The tenth commandment forbids the coveting of your neighbor’s house, your neighbor’s wife or anything that belongs to your neighbor. (Exodus 20:17) I believe God gave this word to keep us from many sorrows and to call us to find the satisfaction of our life in a personal relationship with Him.

Rodney Clapp some years ago wrote an essay published in Christianity Today entitled, “Why the Devil takes Visa.”  In the article Clapp addressed the universal battle with covetousness:

The consumer is schooled in insatiability. He or she is never to be satisfied—-at least not for long.  The consumer is tutored that people basically  consist of   unmet needs…..Accordingly, the consumer should think first and foremost of himself or herself and meeting his or her felt needs.  The consumer is taught to value above all else freedom, freedom defined as a vast array of choices.

These “vast array of choices” seem to describe what fuels a frenzy of consumption.  In this world’s philosophy, such a passion for things is linked to one’s happiness. However, this is a dangerous way to think and to live. This vicious cycle helps us understand why God lovingly goes on record by forbidding covetousness.  END_OF_DOCUMENT_TOKEN_TO_BE_REPLACED