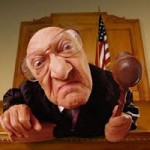 One of the crushing criticisms leveled against Christianity has been where professing believers have been cruel, harsh, and condemning in their action toward others. From the atrocities of the Crusades to the cruelty expressed to Hester Prynne, Nathaniel Hawthorne’s fictitious character in “The Scarlett Letter,” Bible believing Christians have been labeled as judgmental, rigid and hypocritical.

Many of these accounts are true.  Instead of showing compassion and understanding, believers have gone on record with their actions and words as anything but redemptive. Even among our own, Church life has been the scene of friendly fire and drive-by shootings where the pain inflicted has gone to the bone. This behavior is sinful and is in direct contradiction to the commands of our Savior who taught, “Judge not, that you be not judged.” (Matthew 7:1)

In the crosshairs of this teaching of Jesus were the Pharisees whose judgments were so severe and without mercy that Jesus rebukes them for noticing the speck in another’s eye while ignoring the log that was in their own eye. (Matthew 7:2-5) Like the Pharisees before us, we can be good at speck inspecting and log ignoring.

However, on another front, I believe this teaching by Jesus could be one of the most misunderstood in the Bible because it is commonly interpreted to mean that no conviction or discernment is to be used at all, and truth then becomes a wax nose to be molded and shaped to our liking.

Jesus calls his people to live in such a way that the love within the church attracts the world, and the holiness within the church convicts the world.  We must make judgments and seek to be discerning, but in all things we are to humbly remove the log from our own eye so that we might see clearly the truth and grace of God to help others on their way.

The fact remains that living the Christian life requires that we make judgments, assessments, and evaluations.  We must make decisions of right and wrong every day of our lives. For instance, if someone takes a gun and robs a bank, and in the process of doing so shoots and kills the teller, it is accurate to say that such a person is a murderer.  That is a judgment.

If a man leaves his wife for another woman, that is called adultery and is in fact a sin. Therefore, such a person is rightly called an adulterer. That is a judgment.

Likewise, if a couple lives together without being married, in biblical terms that is called fornication, and they would be identified as fornicators.  That is a judgment.

Such would apply to every issue of life to which the Bible speaks. Such judgments are often viewed wrongly as a violation of Jesus’ statement in Matthew 7:1 and are rejected and viewed as judgmental irrespective of the fact that biblical witness condemns the behavior.

Dr. Fred Luter, the pastor of Franklin Avenue Baptist Church in New Orleans, said in the meeting of our denomination this summer, “Nothing can be politically correct that is biblically wrong.” Followers of Jesus Christ are to speak the truth, the objective truth revealed in the Scripture, and we are to do so in love. This is part-and-parcel of what it means for believers to be “salt” and “light” in the world.

Sometimes the issues are complex, and the balance is tricky, but we have no option but to attempt it.  We are to make wise judgments in a world that tolerates no judgments whatsoever.

Outrage toward moral judgments and biblical authority is not new. The prophets were not the most popular people on campus or in the community, and people ignored them to their peril. Found in their piercing message was the way to life for those who heeded the call to repent and turned to God in faith.

In a world that dismisses out-of-hand any attempt to assert biblical authority with the charge, “Who are you to judge?”  The response of the Christ follower is humble and simple, “Well, in and of myself, I have no authority. However, the ultimate issue is not what I think, or what you think.  The real question is what does God think?  He has gone on record you know? And if we do not listen to him, then we will all do what is right in our own eyes, and that is a recipe for chaos. Just look around.”