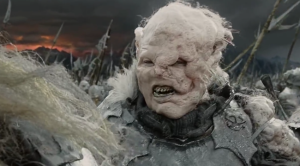 Following this historical narrative, I find great encouragement by the example of Hezekiah and his leadership.  When faced with fearful and intimidating circumstances, what are we to do? What are we to do when the Rabshakeh opens his vile mouth tempting us to jettison our confidence in the Lord God Almighty?

Several observations emerge. First, they were silent. They were not driven by their emotions or by fear, neither did they default to unbelief. Isaiah 36:21 reads, “They were silent and answered him not a word, for the king’s command was, ‘Do not answer him.’”

When bad news comes, when we are assaulted by threats and intimidation, to whom do we listen? This event in the Old Testament is another reminder from Scripture to be still and remember who is on the throne.

A second observation was that Hezekiah and his leaders sought the Lord. Their silence was not a mere stoicism. They refused to answer the Rabshakeh in kind. Rather, they sought with desperation and determination the God of heaven. Hezekiah “tore his clothes and covered himself with sackcloth and went into the house of the LORD.”(Isaiah 37:1)

Thirdly, Hezekiah stood strong on the promises of God. Isaiah spoke an assuring word, “Do not be afraid because of the words that you heard,…Behold, I will make him fall by the sword in his own land.” (Isaiah 37:6,7)

A final observation from this text is that the battle is the Lord’s.  Hezekiah had sought the Lord in prayer and was told by Isaiah, “Because you have prayed to me concerning Sennacherib…I will defend this city to save it, for my own sake and for the sake of my servant David.”(37:21,35)

What would follow is one of the greatest demonstrations of God’s power in the Old Testament, the siege of Jerusalem was broken when the angel of the Lord killed 185,000 Assyrians in a single night (2 Kings 19: 35).Sennacherib withdrew and returned to Nineveh in Assyria, where his own sons killed him.

When the Rabshekahs of this world launch their vile threats, remember that God delights to show His power and glory, so let us stand resolved with the psalmist who said, “When I am afraid, I put my trust in You.”(Psalm 56:3)