When Darkness Seems to Hide His Face 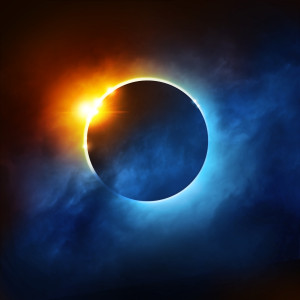 One of the great truths of the Bible is that God is light and in Him is no darkness at all. With the birth of the Lord Jesus Christ, the Magi followed the light of the star that placed them with GPS precision at the location of the infant Jesus.  These wise men had been compelled to leave their distant land in pursuit of the new born king.

This star was created by God for the purpose of leading the Wise Men to the baby Jesus, and so being led by the star the Wise Men made a long and difficult journey over treacherous terrain. They were in danger of robbers and at the mercy of the elements.  When we think about their experience, there is something refreshing about the intensity of their pursuit when compared to many who can’t seem to go a few blocks to worship Christ. They were led by the star to the Light of the world.

Phillips Brooks eloquently described the dark pathways of Bethlehem years ago,“Yet in thy dark streets shineth; The everlasting Light; The hopes and fears of all the years Are met in thee tonight.”

A major emphasis of the biblical writers was to point out that in Christ was “life, and the life was the light of men. The light shines in the darkness, and the darkness has not overcome it.”(John 1:4,5)

In His teaching ministry, Jesus referred to Himself as the Light of the world which underscored the light of spiritual truth in a world dark with deception and sin. With the advent of Christ, the spiritual darkness was pierced and eternal hope was given.

With Christ came the light of salvation. Sinners far and wide, rich or poor, find redemption in the life and work of Jesus Christ. His cross and resurrection stand as a statement over all times of the love of God in bringing a people to Himself. King David spoke of God’s salvation in this way, “The LORD is my light and my salvation; whom shall I fear? The LORD is the stronghold of my life; of whom shall I be afraid?” (Psalm 27:1)

With Christ came the light of God’s holiness. Sin is cosmic treason. In common vernacular, “It’s a big deal.” For sin to be resolved, it required the ultimate mission trip in which God sent His Son to uphold the holiness and justice of God, and at the same time extend grace and mercy to a fallen race.

With Christ came the light of truth. No groping in the dark with regard to finding direction and rest for our souls. Jesus spoke in clear terms, “I am the way, the truth, and the life, no one comes to the Father except through Me.” (John 14:6)

With such incredible claims of light and hope, why is it that darkness seems to hide His face? Why do we hear and read on a daily basis of what seems like the triumph of darkness?

It is because while the Light of Jesus Christ has come the full impact of all things being subject to Him is not yet. We need this reminder so as not to be sucked into the despair of this world.

Ravi Zacharias has had a tremendous impact on my life. He is one of those gifted individuals who has functioned seamlessly in his native culture of India, as well as in North America. He has been a tremendous ambassador for Christ for years, and my life is the richer because of his faithful ministry.  Recently, I read his book, “Walking from East to West,” which is an autobiographical work of his life’s journey from his native India to North America.  Zacherias is quite candid about his struggles in his youth years and actually records the darkest moment of his life with a failed suicide attempt:

“When I arrived at the university that morning, I walked into the chemistry lab. No one was there. I did not hesitate in my mission. Somehow I got into the locked cupboard where the chemicals were stored. I pored over shelf after shelf until I came to some packets marked “poison.” I grabbed several of them and stuffed them into my pockets. I went directly home from the college and hid the bag in which I had put the packets. I had no idea what the chemicals were. They might have been some kind of acid, for all I knew, which could have burned through my insides. As far as I recall, that evening I played my usual game of cricket. What loomed in my mind, however, was foolish, very foolish — a coward’s exit, really — but I had made my decision.”

Mercifully, the plan failed, and as he recuperated on a bed of suicide, a man named Fred David from Youth for Christ came to him in his hospital room and gave him a copy of the Gospel of John and offered one simple promise from Jesus, “Because I live, you also will live.”(John 14:19)

This was the beginning of spiritual transformation in his life as the dungeon of his heart flamed with light, and he rose to follow Christ by faith.

When darkness seems to hide His face, don’t buckle to the futile messages of this world. Seek the Lord with all your energy. Trust the Lord with all your heart. Rest in the Lord’s promises as a soft pillow for your soul. Embrace for yourself what manner of love the Father has given unto us, that we should be called His children (I John 3:1-3)

“Heav’n above is softer blue,

Earth around is sweeter green!

Something lives in every hue

« Yes It Is! The Local Church is the Epicenter of God’s Kingdom Purposes in This World
This Much O Lord I Want You! »