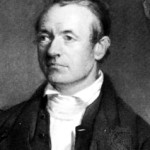 Much has been written on the life and work of Adoniram Judson and rightly so.  It was just over 200 years ago that Adoniram Judson and his wife Ann set sail from Salem, MA in route to India (later arriving in Burma).  Many of those on the wharf that day no doubt thought that their departure was such a small deposit, with little hope of bearing anything substantial.

Judson was 24 years old and Ann was 23 when they left their native New England.  He would labor in Burma for 38 years until his death at age 61.  In that entire time he would only return home once, and that after 33 years of being away. From a human perspective their departure for the hardships of missionary life was a fool’s errand.

However, from heaven’s perspective the evaluation was much different.  Jesus Christ taught that His Kingdom was like a mustard seed which was sown in a field, and though smaller than all other seeds, when full grown is larger than garden plants and actually becomes a tree. (Matthew 13:31,32)  In this parable, Jesus taught that what may look insignificant to the world may in fact be something of monument impact.

In 1998, I came face-to-face with the legacy of Adoniram Judson through the urging of a friend.  He loaned me the biography written by his son, Edward Judson.  I devoured the 600 pages (and footnotes).  I was deeply moved by Judson’s singular passion to make known the Gospel to a heathen people.

Judson’s theological struggle was of great interest to me as he was delivered from the death grip of Deism which dissolved, by God’s grace, through the death of a classmate and a return to the biblical text. He was a Gospel-centered missionary who let goods and kindred go for the sake of the Name.

Perhaps the most moving episode for me in all of Judson’s life was the letter he wrote to Ann’s father asking for her hand in marriage:

“I have now to ask, whether you can consent to part with your daughter early next spring, to see her no more in this world; whether you can consent to her departure, and her subjection to the hardships and sufferings of missionary life….Can you consent to all this, for the sake of him who left His heavenly home, and died for her and for you; for the sake of perishing, immortal souls; for the sake of Zion, and the glory of God? Can you consent to all this, in hope of soon meeting your daughter in the world of glory, with the crown of righteousness, brightened with the acclamations of praise which shall redound to her Savior from heathens saved, through her means, from eternal woe and despair?”

His ministry would be a picture of perseverance as seven years passed without Judson seeing a single convert.  Add to this massive suffering with the loss of two wives and four children; unspeakable persecution; and at times, despair so deep that he requested that all commendations and letters of his missionary acclaim be destroyed.

Judson loved his enemies, and his life was filled with love and good deeds.  Perhaps his greatest labor of love was seen in his creation of a grammar system that paved the way for translation of the Bible into Burmese.

Fast forward with me from Salem, MA 200 years ago to Gonzales, Louisiana on December 17, 2011.  On that evening, Gonzales Baptist Seafayer’s Center Director, Sylvester Wilson made a routine run to the Mississippi River to pick up a group of seafarers in need of a ride to town to pick up personal items, access the internet, and eat a meal.

Among that group of seafarers was the ship’s captain who was from Myanmar (formerly Burma).  This captain shared with Wilson that his wife was a Baptist Christian who was converted as a result of the Gospel work done by Adoniram Judson.  He further explained that his wife’s family is from the mountain regions of Burma and because of Judson’s sacrifice the Gospel came to her family.  This captain went on to say that he likes Baptists because they base everything they believe on the Bible.

Scholarly works confirm this captain’s testimony.  David Barrett’s World Christian Encyclopedia notes that the largest Christian force in Burma is the Burma Baptist Convention, which owes its origin to the pioneering activity of the Baptist missionary Adoniram Judson.

Reading Judson’s life has made a great impact on me personally and stoked a commitment to view the world through the lens of Acts 1:8. Since reading Adoniram Judson’s biography in 1998, I have had opportunity to go on some 30 international mission trips, and I am presently overseeing a theological education initiative not far from Burma.

Adoniram Judson’s life was a mustard seed well sown, and the tree is mighty. The ripple effect of his life is still spoken of all over the world, even in a small town in South Louisiana.

« DR. SEUSS AND A PASTOR’S WEDDING POLICY
Are You a Spiritual Flexetarian? »