Killing Rats and the Kingdom of God 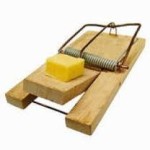 Charles Spurgeon in his autobiography tells a story from his youth years that speaks to the priorities in a believer’s life. On one occasion his grandmother promised him a penny for every hymn of Isaac Watts that he could perfectly repeat to her. Possessing a photographic memory, he began to quickly learn the hymns at such a pace that she reduced the price to a half-penny. However, Spurgeon recalled that even with the reduction in price there was still risk “that she might be ruined by the calls on her purse.”

In time Spurgeon faced a lucrative distraction. His grandfather, finding his home place overrun with rats, promised Spurgeon a shilling a dozen for all the rats that he could kill. With such an offer, his priorities shifted as he gave up hymn-learning for rat-killing. In later years, Spurgeon confessed that memorizing the hymns paid the best, for they fed his young life with God’s truth and in his ministry was able to use them in his sermons. END_OF_DOCUMENT_TOKEN_TO_BE_REPLACED