Slavery Right in Our Backyard 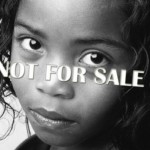 In a special needs orphanage in East Asia, a little boy rested on a pallet with eyes wide open. An oxygen tube provided necessary assistance to maintain his breathing. He rested peacefully, but was lethargic.

After looking into his eyes, we asked the orphanage caregiver, “What is his birth defect?” She responded, “He doesn’t have a birth defect. He was taken by human traffickers as an infant and placed in a storage container. Because of lack of oxygen, he has permanent brain damage. We don’t think he is going to be with us much longer.” Sadly, by the end of the year, her prediction was correct.

Upon returning to the United States, the temptation for us was to compartmentalize this atrocity as an incident that occurs only in far off places, but the truth of the matter is that human trafficking is a global scourge that does not discriminate based on any criteria. The lives affected by modern day slavery are not only in third-world settings, but are in fact occurring in our own backyard.  END_OF_DOCUMENT_TOKEN_TO_BE_REPLACED