A Mid-Summer Reminder:  This World is Not a Playground, It Will Always Be a Battleground 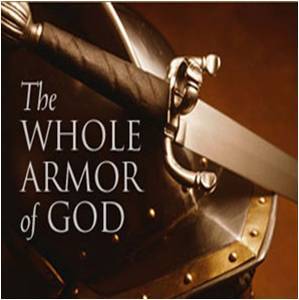 Summer is often a time for rest and disengagement from the demands of school and work. It is also a good time to be reminded not to fall asleep in our walk with Christ.  The words of A.W. Tozer of a previous generation come to mind as he warned that “the world is not a playground, but a battleground.”Tozer was speaking in spiritual terms and was describing the makeup of this world in which we live.

Brian Borgman and Rob Ventura write with urgency on the present spiritual conflict in their work, Spiritual Warfare: A Biblical and Balanced Perspective:

“If we were on a battlefield in Iraq or Afghanistan and forgot we were in war, we would be dead in no time. Awareness and vigilance are critical for survival. It is sad that we, as followers of Jesus, so easily forget that we are in a war—an invisible war, but a real one nonetheless.”

This kind of language is not a call for paranoia, but a renewed emphasis on the New Testament warning  to remain alert to spiritual danger.  The Apostle Paul perhaps more than any biblical writer speaks to this need in the Christian life.

As he closed the book of Ephesians, Paul provided a closing exhortation “to be strong in the Lord, and in the power of His might,”and then he commanded believers “to put on the full armor of God so that you can stand against the tactics of the Devil.” (6:10,11) We ignore this warning to our peril.

The book of Ephesians was a prison letter, and one can’t help but see Paul in the context of a Roman prison sitting next to a guard decked out in his armor.  From this text, we read a Spirit-inspired picture of the believer’s armor: belt of truth, breastplate of righteousness, feet sandaled with the gospel, shield of faith, the helmet of salvation, and the sword of the Spirit which is God’s word.

This armor is not for some group of spiritual elites but is given to every believer in the Lord Jesus Christ. The urgent take away for us is that we are in a spiritual war and we are called to put on the full armor of God in order to engage as we should.

In practical terms how are we to process and apply spiritual warfare and our need for the armor of God?  I believe it is vital that we get the panorama of biblical teaching concerning this enemy of our souls and the prince of this world. We need to be properly taught on spiritual warfare, and we need to be aware of Satan’s methods and strategies.

He is a subtle enemy. He attacks as a roaring lion. (I Peter 5:8,9)  Satan does not always appear as a lion to us, but he sometimes appears before us with a frightful roar to terrify us into forgetting who we are and whom we are to serve.

He attacks as one who claims to be on our side.  This is how Satan came to Eve in Genesis 3.  He did not come threatening. He came with an offer to “help out.” He would show Adam and Eve “what God was really like.” He would help them to be “like God, knowing good and evil.” (Gen. 3:5)  When Satan comes with these claims, we must remember that it is Jesus Christ, and not the devil, who is really our Lord, Savior, and friend.

Martin Luther’s vivid description of the evil one is not an overstatement:

“For still our ancient foe

Doth seek to work us woe;

His craft and power are great,

And, armed with cruel hate,

On earth is not his equal.”

These thoughts serve as an important mid-summer reminder to me. So, I would invite you to join me today, and every day, in putting on the armor of God as we stand on His promises.

Stand up, stand up for Jesus,
Stand in his strength alone;
The arm of flesh will fail you,
Ye dare not trust your own.
Put on the gospel armor,

Each piece put on with prayer;
Where duty calls or danger,
Be never wanting there.