There is a Shark in the Tank, And For Good Reason 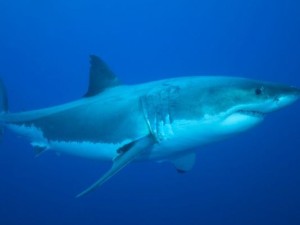 I once read of a British fisherman who would troll the North Sea for mackerel. His fishing expeditions would yield abundant catches, but because it was before refrigeration, many of the mackerel would die on his trip back to market.

On one particular trip, the fisherman caught a small shark in one of his nets and had to dump it into the tank along with the other fish. The shark chased the other fish and kept them moving throughout the remainder of his voyage to shore.  When he arrived back, the fisherman discovered to his surprise that there was not a single dead fish in the holding tank. The mackerel had been forced to move around to avoid the shark that they didn’t have time to die!

I will always be amazed at how God places sharks, as it were, into the tank of our lives.  To be a follower of Jesus Christ doesn’t mean that we will be carried to skies on flowery beds of ease. In fact, one of the most unpopular promises given to believers in the New Testament is that sometimes following Christ means trials, persecution, sufferings, and excruciating loss. END_OF_DOCUMENT_TOKEN_TO_BE_REPLACED